A mixed Reality interactive game where players catch different colored fishes projected in the environment. The game breaks the constraints of the screen and the pointer in 2 dimensions. It enables players to move in real world to catch the fish and their movement is tracked via HTC Vive Controllers, which are used as a scoop (net/handle
to catch fish) in the game. The players are given different number of fishes and a certain order in which they have to
catch them. Catching the correct fish allows players to advance in game while wrong ones costs them negative points (which we call “Tries”). In a certain game level, the players are given. 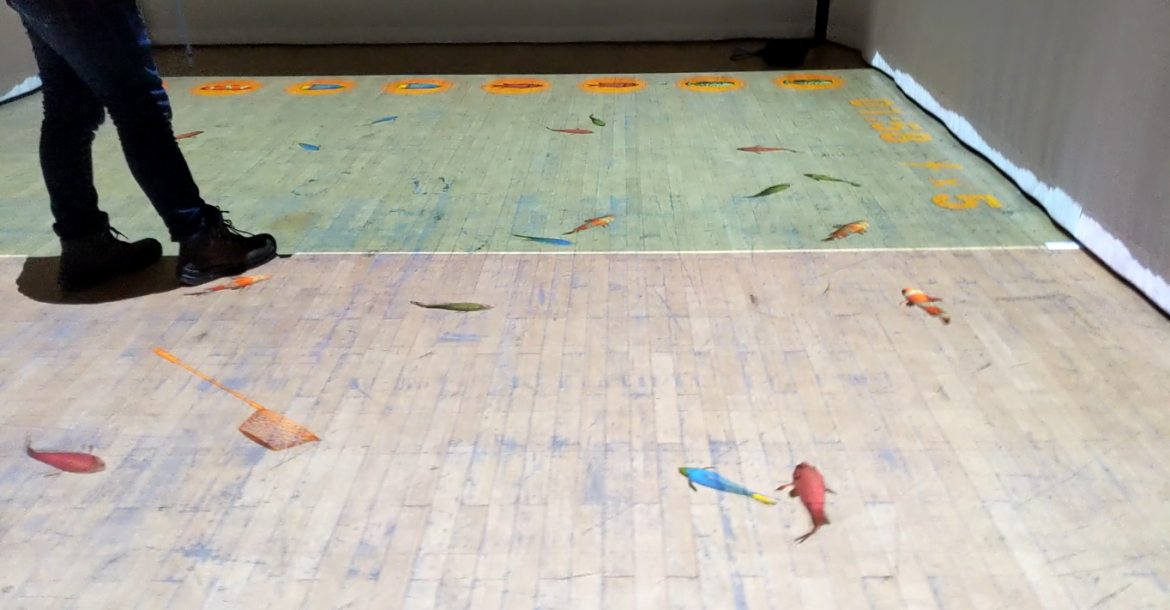 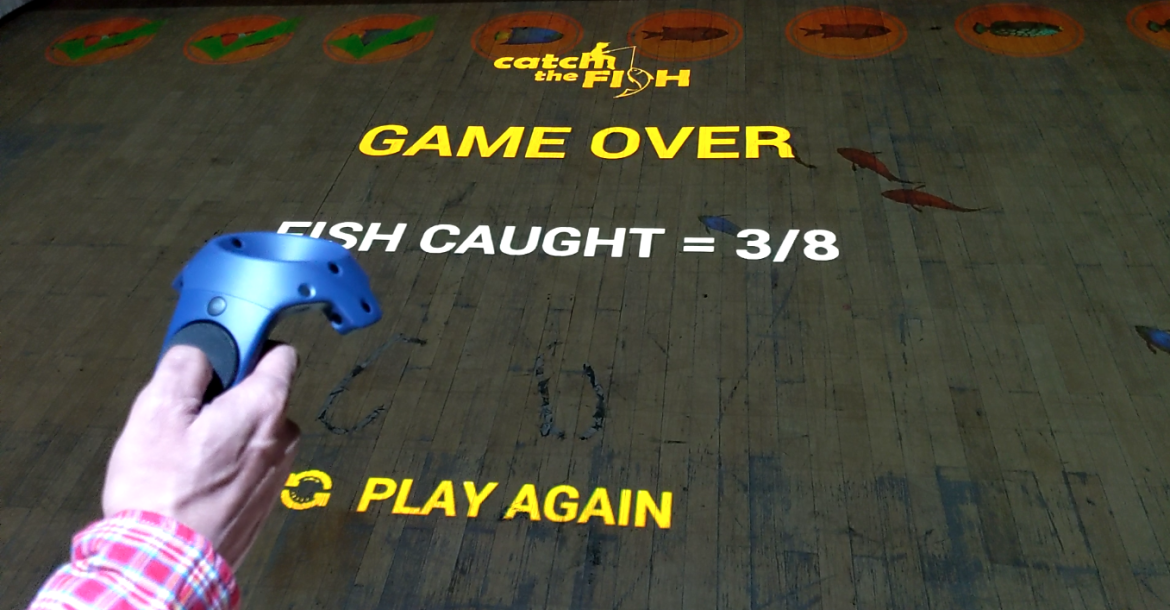 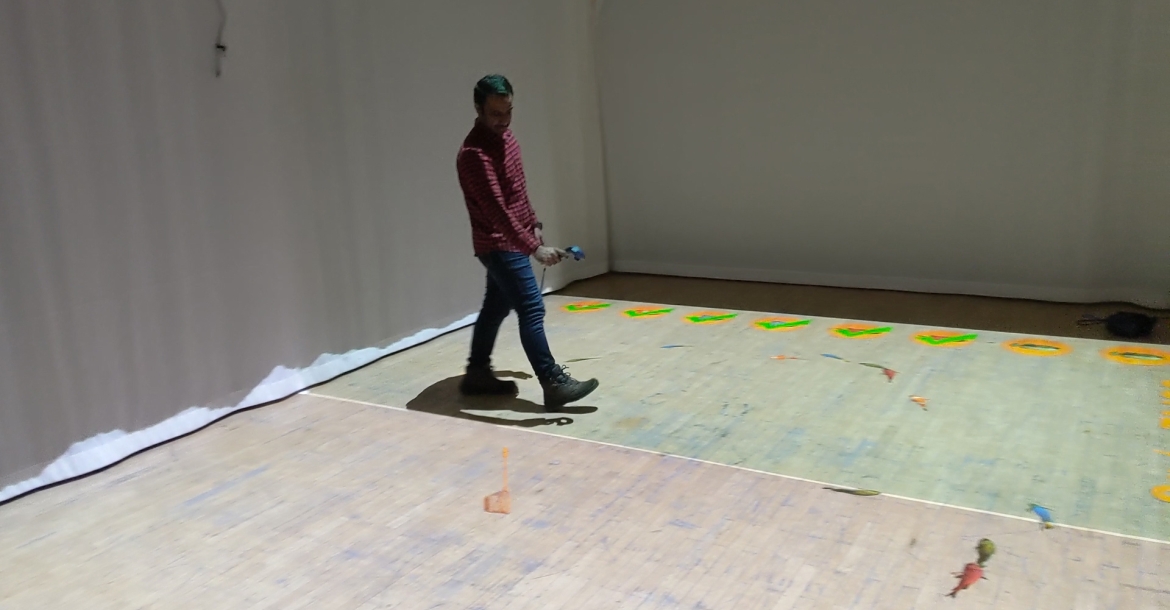 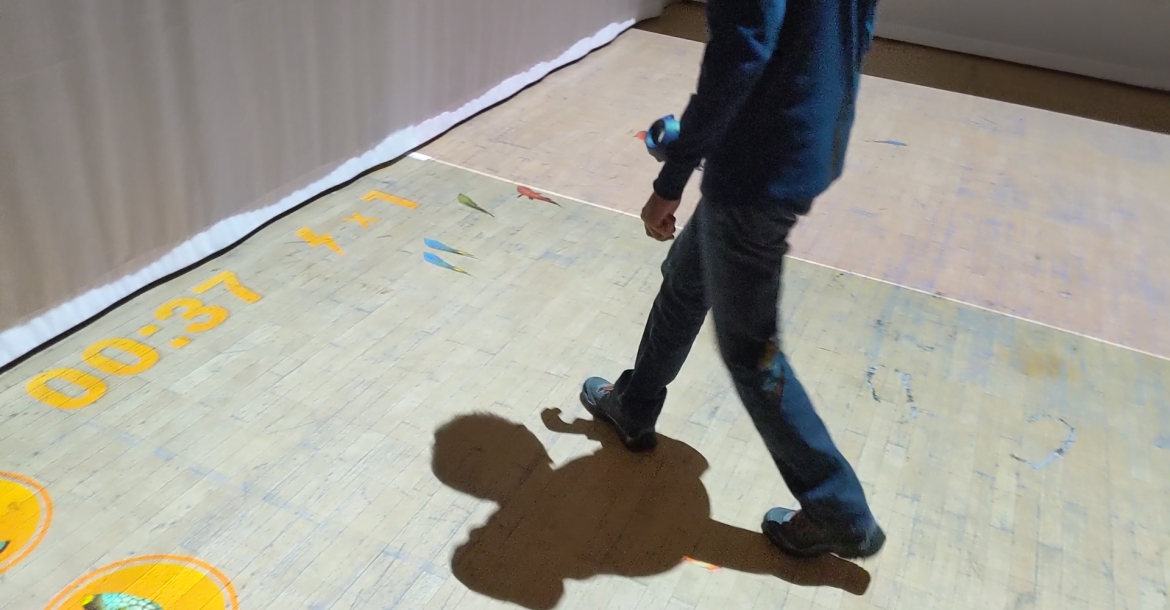 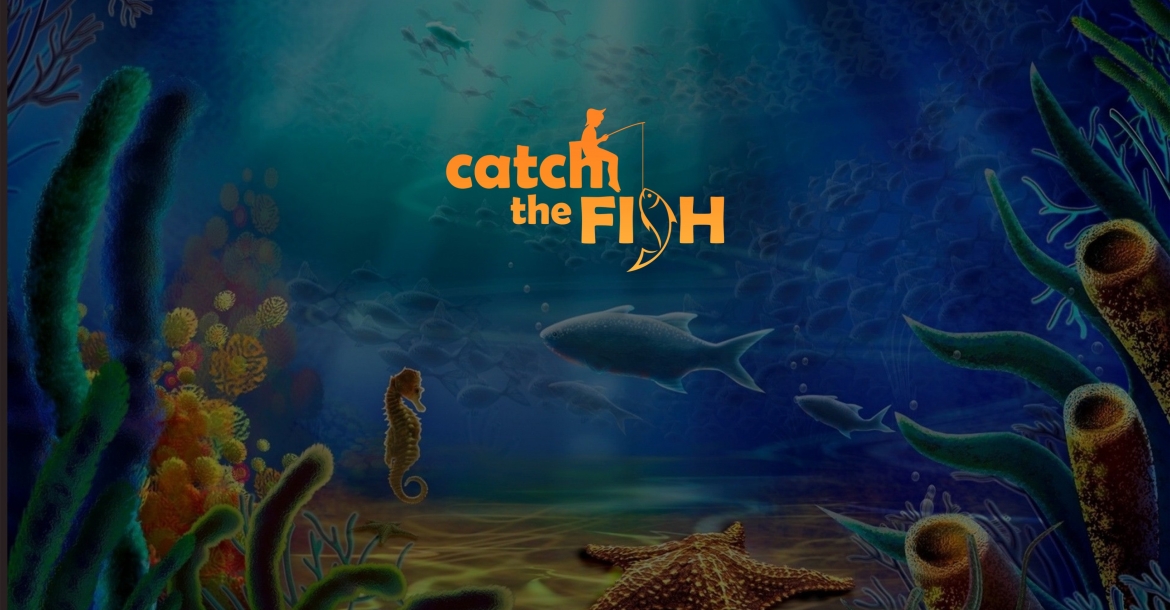